Thomas Gleeson is a junior powerlifter from Ireland. He is a masters student and he work in security.

Despite his young age, he already pass through adversity like a true Warrior.

Thomas broke records in all lifts during his first competition. After this meet, he was hooked to powerlifting.

But only 2 years later, Thomas has biceps tendon tear and go to surgery. Doctor reattach the tendon but surgery went wrong : the bone in his forearm kept growing rapidly abnormally through his bicep, and fused into the bone in his upper arm. 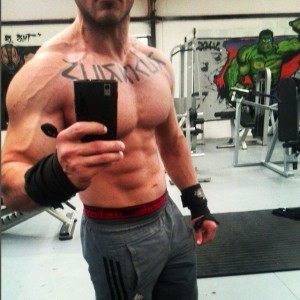 So Thomas has another surgery to remove the bone from his arm and do some radiotherapy. After a total of 9 months of hospital between this 2 surgery, Doctor said he will definitely never lift again…

4 months after Thomas finished all treatment, he broke the Junior Deadlift World Record with a 315 Kg deadlift in the -90 class !

Thomas Gleeson have some big plan in 2016 break world records.

Powerlifter Vs Strongman With Thomas :

Do you even train ?

Shipping all over the world